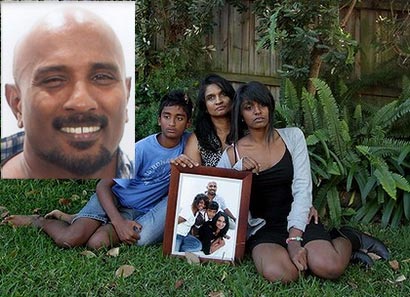 Speaking to Ada Derana Police Spokesman SP Ajith Rohana stated that Noel Mudalige who was reported by the Australian High Commission in Sri Lanka as abducted is currently at the Bandaranaike International Airport in Katunayaka awaiting departure.

Rohana added that the information was received that the aforesaid person had been brought to the Dematagoda area by an unknown gang in a van. He had then later come to the Colombo Crimes Division(CCD) after which he was taken to the Katunayaka airport under police protection.

Last night the Australian High Commission in Colombo requested access to one of their citizens Noel Mudalige, who is supposed to have been forcibly removed from No.291, Gemunu Mawatha, Kiribathgoda, in order to facilitate his safe return to Australia.

Ada Derana also reported yesterday that incidentally the Kiribathgoda address of Mudalige is the same address from where JVP dissident group leader Premakumar Gunaratnam is believed to have been abducted on April 6.