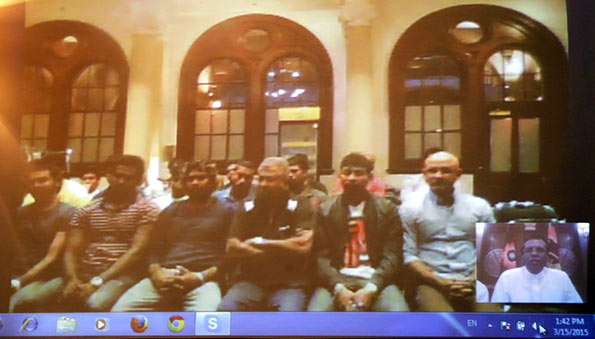 President Maithripala Sirisena yesterday (15) congratulated the Sri Lankan cricket team, which has qualified for the quarter-final of the ICC Cricket World Cup 2015. During a video call via Skype, the President wished Captain Angelo Mathews luck in the next round of matches.

Sri Lanka has secured the third place from Pool A in the group stage of the ICC Cricket World Cup 2015. Sri Lanka will take on South Africa in the first quarter-final in Sydney on Wednesday, March 18.