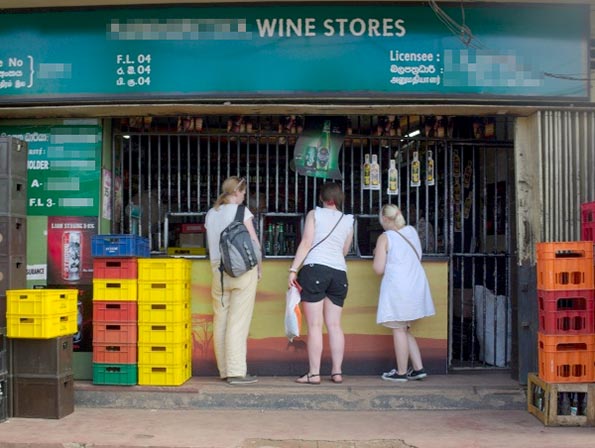 President Maithripala Sirisena has ordered the Excise Commissioner to cancel with immediate effect the liquor licenses issued to 349 liquor shops/bars for running them illegally, violating the rules and regulations of the Excise Act.

The law prohibits the running of liquor shops within 500 metres,of temples,other religious sites and schools. The President has ordered the closure of the said liquor bars having received sufficient complaints regarding their operations. The directive was issued by the President participating at the meeting conveyed by the Action Committee of the United Drug Control Body.

The Committee also focused attention on the progress made in respect of the rehabilitation of drug addicts. President Sirisena instructed the Attorney General to provide legal provisions necessary to rehabilitate drug addicts. He also ordered the Inspector General of Police to strictly enforce the law by rounding up drug traffickers.

President Sirisena also instructed the officials of the Justice Ministry to take measures to turn the Boosa Prison, in to a Centre for rehabilitating drug addicts by transferring the prisoners stationed there to another prison.

He also issued further instructions to the Justice Ministry to draw up a programme to shift prisons located in the city and added that no developing country in the world has prisons set up in the cities.

“We too should follow this trend when setting up prisons,” the President said.

The President also emphasized the importance of making health a compulsory subject in the school curriculum and for examinations. He instructed Education Ministry officials hold discussions with the National Education Institute in this regard.

The President also advise the officials concerned to set up viable committees to eradicate the use and the spreading of tobacco and drug use by drawing up a National Work Plan to coincide with World No Tobacco Day. Ven. Athureliye Rathana Thera, Justice Minister Wijeyadasa Rajapakshe, the Defense Secretary, Security Forces Commanders,the IGP and other State officials were also present.