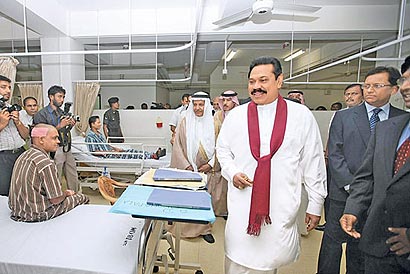 US $ 15 million out of the total cost of Rs 3,000 million was granted from the Saudi Development Fund for the building. The building comprises eight operation theatres, six intensive care units each with 66 beds, one unit with 228 beds and one observation unit.

It is also equipped with a helipad.