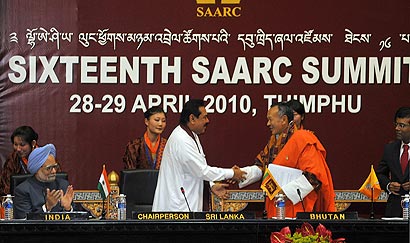 The 16th South Asian Association for Regional Cooperation (SAARC) Summit commenced in a grand style in Thimpu, the Capital city of Bhutan this morning on 28th April and it was graced by the eight leaders of the SAARC counties. At the beginning of the summit President Mahinda Rajapaksa handed over the Chairmanship of the SAARC to Prime Minister of Bhutan Jigmi Y Thinley, the leader of the host country during the inauguration of the SAARC summit.

Previous SAARC Summit was held in Colombo when Maldives declined to host it as scheduled before due to the volatile political atmosphere in the islands. In Colombo Summit Chairmanship was handed over to President Rajapaksa.

Earlier President Mahinda Rajapaksa and Madam Shiranthi Rajapaksa were warmly welcomed to the SAARC Summit by the Prime Minister of the Buthan Mr.Jigmi Y.Thinley and MadamThinley at Thimpu at the Summit Venue. The Thimpu summit marks the silver jubilee celebration of the SAARC which was formed in Bangladesh in December 1985 with the aim of eradication poverty and improving the living standard of the people in the region through mutual cooperation. 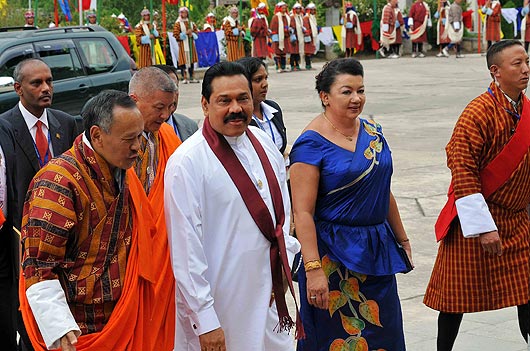 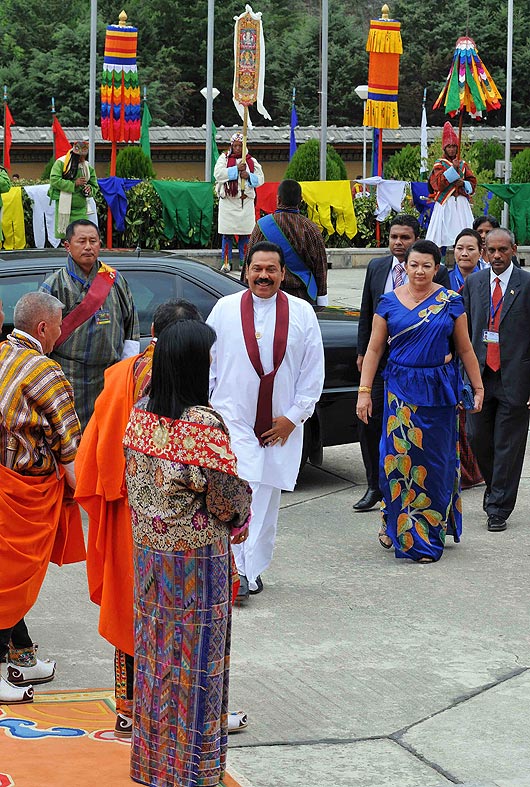