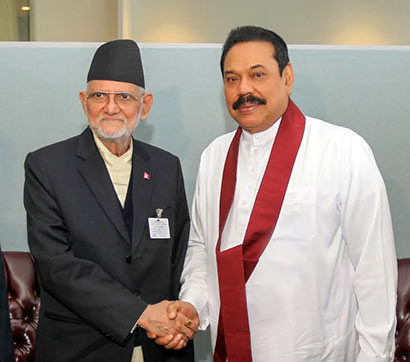 President Mahinda Rajapaksa, who is in New York City to attend 69th United Nations General Assembly which is being held in the UN Headquarters, held bilateral discussions with several state leaders on Tuesday afternoon. They included the Nepalese Prime Minister Sushil Koirala, the Colombian President Juan Manuel Santos Calderón and the Secretary General of the Commonwealth Kamalesh Sharma.

Sri Lankan President Mahinda Rajapaksa and Nepali Prime Minister Sushil Koirala met on the sidelines of the United Nations Climate Summit 2014 at the U.N. Headquarters in New York City. Both leaders discussed bilateral issues of mutual interest, including the upcoming 18th SAARC Summit to be held in Kathmandu in November this year. The President is expected to attend this Summit.

Meanwhile the President also attended the 2014 Annual General Meeting of the Clinton Global Initiative and expressed Sri Lanka’s support for the conservation of elephants and tuskers in Africa. President Rajapaksa is due to address the 69th UN General Assembly. 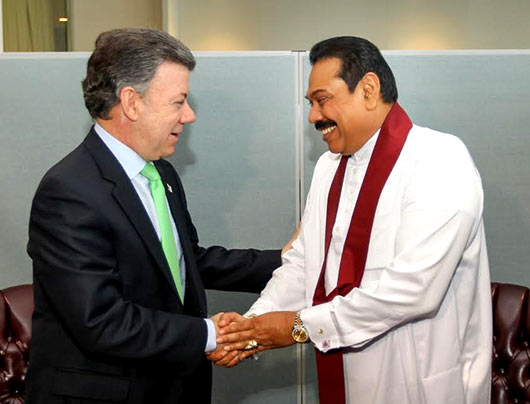 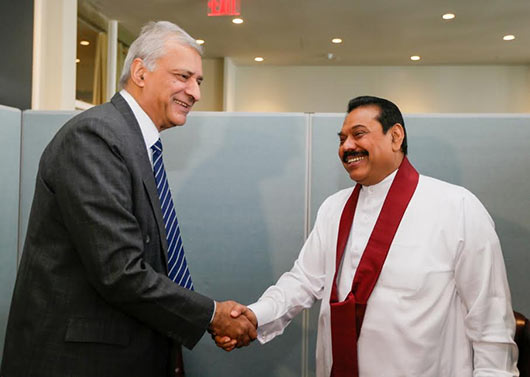