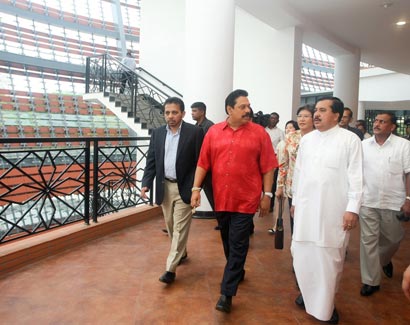 President Mahinda Rajapaksa inspected the Sri Lanka’s National Performance Arts Theatre constructed in the old Colombo Municipal Council grounds at Ananda Coomaraswamy Mawatha in Colombo with financial assistance from China on 27 June. This five storied theatre which is the largest in Sri Lanka and the South East Asia is another monument of the China – Sri Lanka close friendship.

The newly constructed modern theatre has been built on a model similar to the ancient Lotus Pond of Polonnaruwa.  The main theatre has seating capacity for 1288 spectators and an open theater is on the top floor. With the expertise from China, the Chinese engineers engaged in the construction work screened a documentary to the president showing construction activities of the building from the very inception. The President also inspected the open air theatre on the top floor.

The cost of the theatre amounts to 3,080 million rupees and China has financed a grant to cover 60% of the expenditure of this project, and agreed to bear the balance 40% of the cost. Foundation stone for the construction of this Performance Arts Theatre was laid in November 2005. 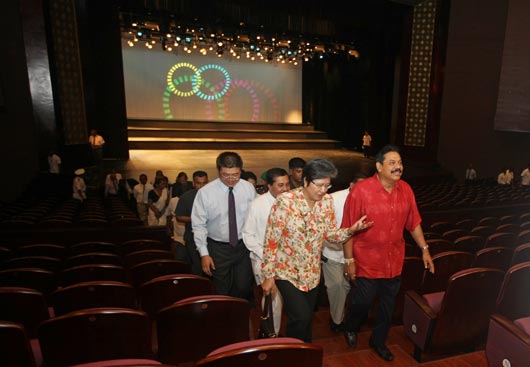 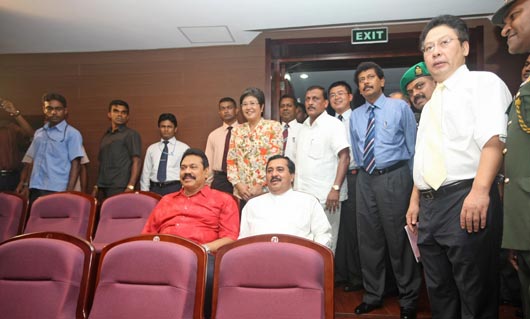 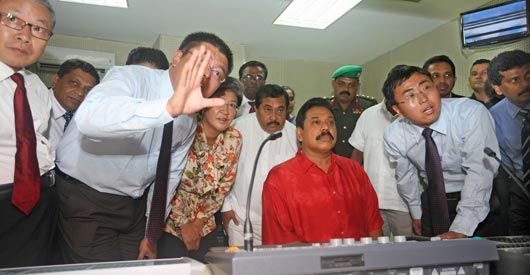