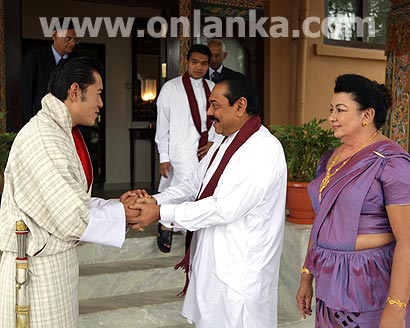 President Mahinda Rajapaksa today met with His Majesty Jigm Kheser Namgyel Wangchuk, the King of Bhutan at the Sri Lanka House in SAARC Village on 29th April. The official meeting between the King and the SAARC state leaders are scheduled to take place at the Royal Palace. However President Rajapaksa presented a Buddha statue to the Bhutan’s King to mark the occasion.

During the final day, SAARC leaders would attend many events organised by the officials to mark the conference in Bhutan. They would participate in the closing ceremony of the 16th SAARC summit this afternoon. Finally the President and the Sri Lankan delegation will take part in the dinner hosted by the Prime Minister of Bhutan Jigmi Y Thinley for the visiting state leaders tonight. 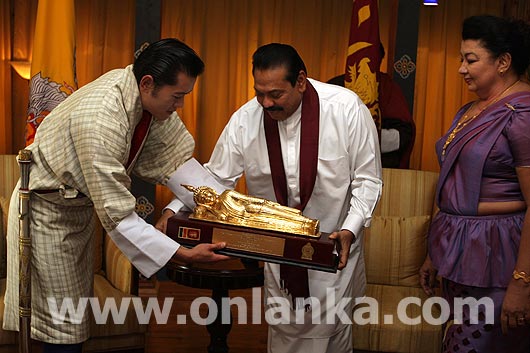 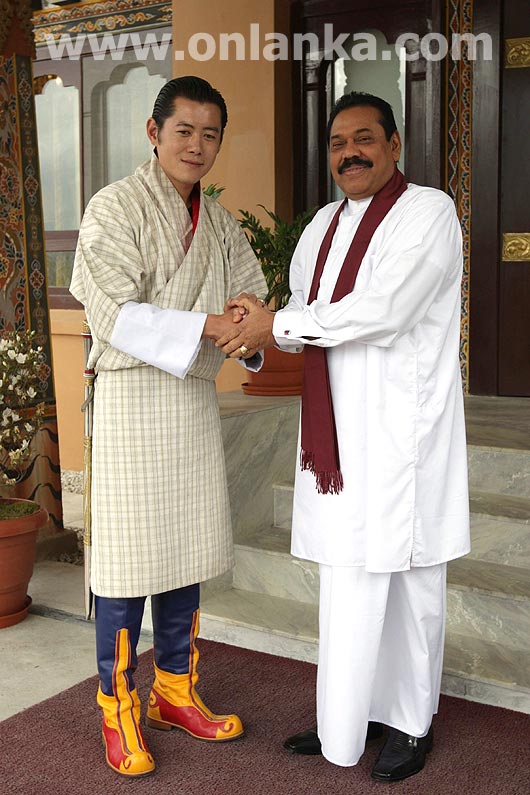