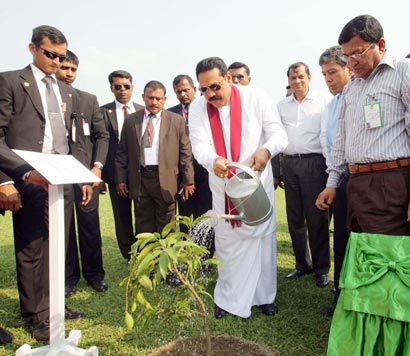 President Mahinda Rajapaksa who is on a three day state visit to Bangladesh paid a floral tribute at the National Marty’s Memorial in Savar near the capital city Dhaka on 18 April.

After placing a floral tribute to the Memorial, Sri Lankan President also planted a mango sapling neat the Memorial to mark his official visit to the place. Mango tree is the National Tree of Bangladesh. President Rajapaksa also inspected the trees planted near the statue by former Sri Lankan Presidents J.R. Jayewardene and Chandrika Kumaratunga during their visits to Bangladesh.

President Rajapaksa will visit Bangladesh Bangabandhu Museum and lay wreath at the portrait of Father of the Nation Bangabandhu Sheikh Mujibur Rahman. Later he will visit the International Buddhist Museum and Buddhist Temple in Savar in Dhaka. 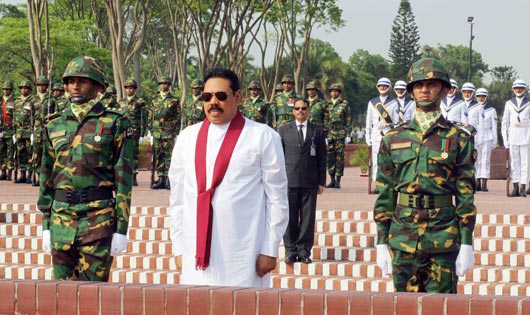 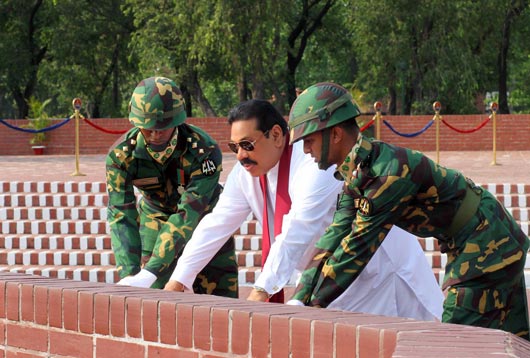