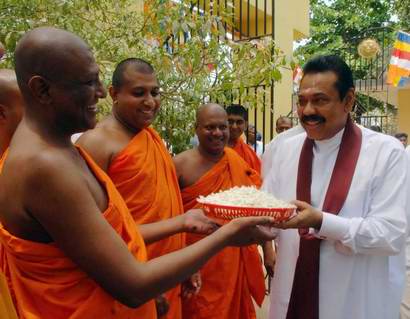 This is President Rajapaksa’s first visit to the Jaffna peninsula after re-election in January. He addressed the election rally at Alfred Duraiappa Stadium organised by the ruling United People’s Freedom alliance (UPFA) and promised to treat all citizens as equal and work towards national reconciliation and development.