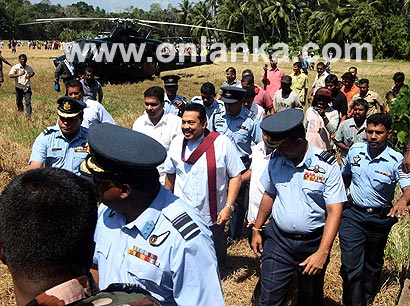 President Mahinda Rajapaksa visited the location where the two Kfir fighter jets of the Sri Lanka Air Force crashed this morning on 01 March. He inspected the crash site in Weeragula, Gampaha on his way to Colombo after concluding scheduled programmes in Anuradhapura. The President also spoke with residents in the area who witnessed the crash.

Two Israeli built Kfir fighter jets on fly pass rehearsals for the Sri Lanka Air Force 60th anniversary Air Show have collided with each other and crashed near Warana in Gampaha, 40 kilometers northwards from the city of Colombo.

One of the pilots, Squadron Leader Vajira Jayakody had survived while Flight Lieutenant Monath Perera has died from the crash. Other casualties from the accident are still unknown and two fighter jets were completely damaged by the collision, Air Force spokesman said.

However special investigation into the accident is now underway. There is no report of damages to civilians by the accidents.

Commander of the Sri Lanka Air Force, Air Marshal Harsha Abeywickrama and other high ranking officials from the Police and Air Force were also present.

Celebrations of the 60th Anniversary of the Sri Lanka Air Force are to begin as scheduled from tomorrow 02 March and carry on until 10 March at the Ratmalana Air Force Base. 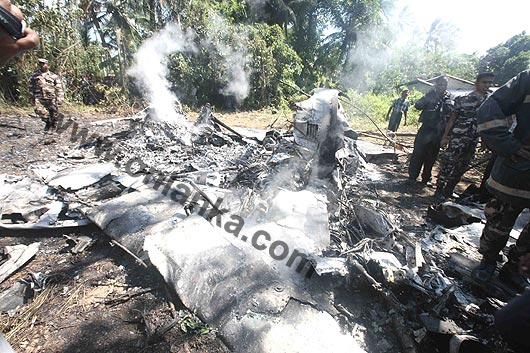 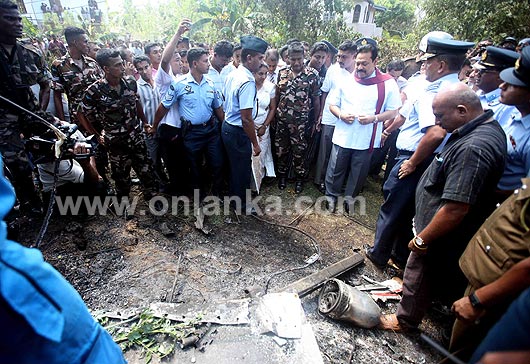 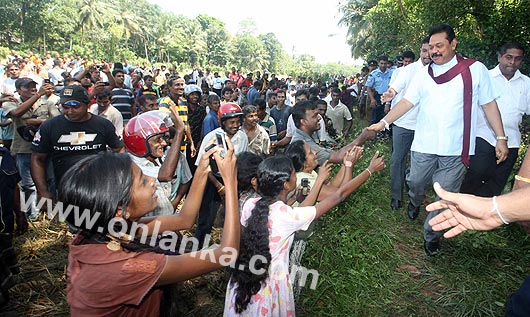