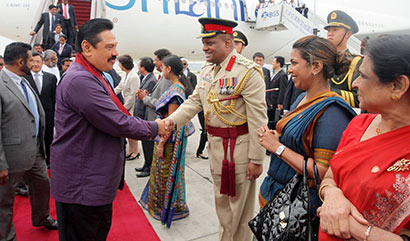 President Rajapaksa will take part in a number of bilateral meetings in Beijing in the coming days and also travel to Shaanxi Province to attend the opening ceremony of the 2013 International Conference of Asian Political Parties (ICAPP) Special Conference under the theme “Promote Green Development and Build a Beautiful Asia.”

The President is also expected to attend the inaugural ceremonies of the Global Service Forum, Beijing Summit.