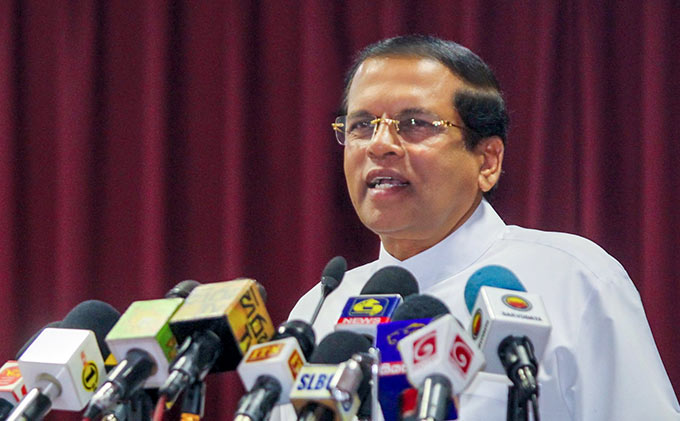 The President was addressing the gathering at a Pinkama held at the Unagala Wehera Raja Maha Viharaya in Hingurakgoda, Polonnarwua to mark the unveiling of the Pinnacle of a newly built Cetiya on June 24. After the unveiling ceremony, the President switched on the Cetiya illuminations and offered the first Mal Pahan Pooja at the Cetiya.

“The recreation of the Unagala Wehera in Polonnaruwa in a manner suitable for the veneration of Buddhists throughout the world was launched in 2016 under the guidance of President Maithripala Sirisena,” a press release by the Presidents Media unit said.

The Unagala Wehera restoration work is a leading project of the ‘Pibidemu Polonnaruwa’ District Development programme implemented on a concept of President Mahitirpala Sirisena.

“It’s objective is to conserve all sites with archaeological value and places of religious worship belonging to all religions found throughout the Polonnaruwa district and implement development activities to fulfil the basic needs of such places of worship,” the release added.