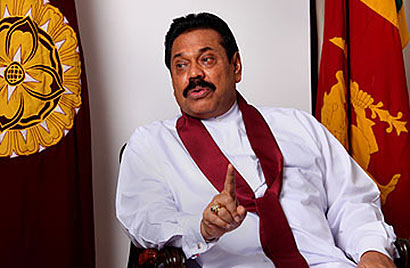 “This should be done to ensure optimum land resource utilisation towards sustainable development and to provide speedy and fair solutions to public needs,” he said.

The President was addressing a progress review meeting of the ministry at its premises in Battaramulla.

During the discussion, President Rajapaksa asked the Ministry Secretary to provide compensation without delay for private lands acquired for public purposes.

The President while exchanging views with officials about encroachment of state lands, advised officials to take stern action to prevent such occurrences. He also drew the attention of Minister

Janaka Bandara Tennakoon and other officials of the ministry to land related issues highlighted in the media and advised them to act promptly either by looking into the issue or informing the media institution about the current status of the matter.

Meanwhile, Ministry Secretary T Asoka Peiris pointed out to the President that his ministry was looking at bringing amendments to the land development, land acquisition, state lands and title registration Acts. The President reviewed the proposed amendments and drew the attention of officials to several issues which need further attention.

President Rajapaksa spoke about unauthorised constructions and those which endanger the environment and advised officials to take strict action to halt these. Secretary Peiris said such constructions could be dealt under the Environment Protection Act and steps will be taken to acquire such land, if owners do not comply with the law.

The President told officials to pay special attention to land issues in the former conflict affected North and East and advised them to provide speedy solutions to public issues and needs. Minister Tennekoon said they were holding frequent meetings with officials on the matter and have taken a number of steps in this regard.

The President also looked into the needs of the ministry and discussed challenges obstructing further development.

He suggested several aspects to be considered when formulating strategies for the future.

President Rajapaksa is slated to visit all key ministries to review work in progress. The Land Ministry is the second such visit.