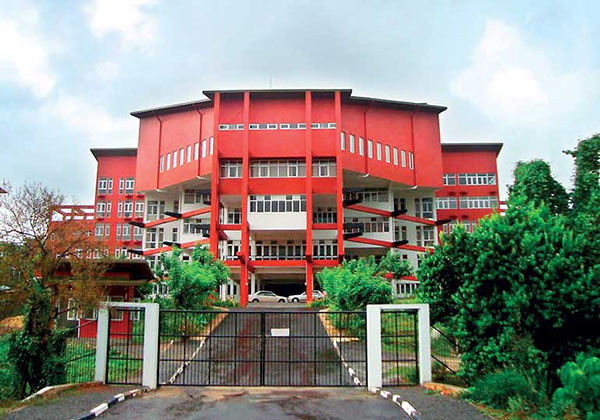 A statement was issued a short while ago by the Presidential Committee appointed by President Maithripala Sirisena to solve the problems that have arisen in the Faculty of Medicine at SAITM.

The solutions proposed by the committee says that SAITM should be abolished.The statement reads that this shall be done in a manner legally acceptable to the current sharehoders, lending institutions and new entities interested in taking over all operations and management of SAITM on a not-for-profit basis. The profit-orieted entity owned and managed by Dr. Neville Fernando and family would cease to exist.

The committee proposes that, by an agreement reached by the above parties, the assets liabilities staff and students of SAITM shall be transferred to non-state, not-for-profit institution, making it a degree-awarding entity that will comply with the minimum standards of medical education and training.

The committee says that this particular institution needs to be legislated.

The committee says that the new entity shall recognise all students currently enrolled at SAITM who posses the required entry qualifications and opportunity will be provided to these students to continue medical education in the proposed new institutions.

Issues in respect of who have completed their degrees at SAITM should be addressed on the advice of the Sri Lanka Medical Council, based on the determination of the Supreme Court Case.

Arrangements shall be made for the said students to undergo clinical training at recommended government hospitals.

The committee observes that the admission of students to SAITM has been suspended by the letter issued by the Secretary to the Ministry of Higher Education on the 15th of September 2017.

The Committee adds that this suspension will continue.

The committee release goes on to say that the Ministry of Health shall gazette and place before parliament the agreed minimum standards for medical education and training based on the draft submitted by the Sri Lanka Medical council upon conclusion of discussions with the SLMC the Attorney General and other relevant stake holders.

It further notes that it is mandatory to complete this task within one month, from today.