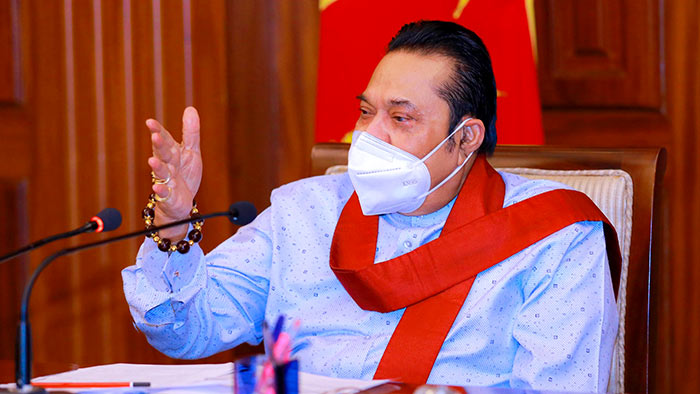 Prime Minister Mahinda Rajapaksa has instructed the Secretary to the Ministry of Economic Policies and Plan Implementation Anusha Palpita to take immediate action to remove the obstacles that exist with regard to utilising renewable energy as a solution to the power crisis.

Prime Minister Mahinda Rajapaksa also serves as the subject minister and a progress review meeting of the Ministry was held at Temple Trees yesterday (March 26).

The Prime Minister’s Media Unit stated that the progress of the institutions under the ministry were extensively reviewed.

The Public Utilities Commission of Sri Lanka (PUCSL) had pointed out the need to restructure the Ceylon Electricity Board Act in order to keep it up to date and to suit the present-day.

During the discussion, it was also pointed out that the CEB is slow when it comes to connecting the electricity generated by renewable energy to the main power supply.