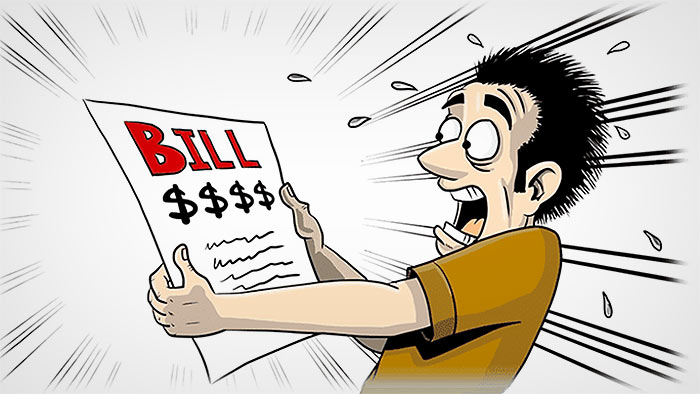 Tariff increases are being requested for utilities across the board including telecommunications, electricity, water and railways. Buses have already hiked fares.

Telecommunication service providers want their rates revised, the regulator said this week. “We have asked them to submit individual tariff revision proposals which we are yet to receive,” said Telecommunication Regulatory Commission (TRC)’s Director (Competition) Indrajith Handapangoda.

He said once approved, it is mandatory for service providers to separately publish the increase in rates for data usage and call charges.

Amidst power cuts, the Ceylon Electricity Board (CEB) is also seeking approval from the Public Utilities Commission for an increase in tariffs. “The CEB is struggling with mounting fuel bills,” said spokesman and Additional General Manager Andrew Navamani. “It has to come in the form of a tariff increase or the Treasury should subsidise.”

A senior official of the National Water Supply and Drainage Board (NWSDB) said it was considering raising rates. The last increase was in 2012. During the Presidential Election period in 2015 the rates even were reduced, he said. State Minister of Water Supply Projects Development Sanath Nishantha Perera this week said that, if the CEB increases its tariffs, the Water Board will be compelled to follow.

However, Transport Minister Dilum Amunugama said this was not approved by him and therefore not applicable. The fare increases are temporarily on hold with the Minister saying the new rates will be released tomorrow or Tuesday. “We are trying to keep these to a minimum only covering fuel prices,” he said.

Bus operators have already increased their charges. Bus fares went up in mid-March with starting fare rising from Rs.17 to Rs. 20. All other fares were increased by 15 percent.