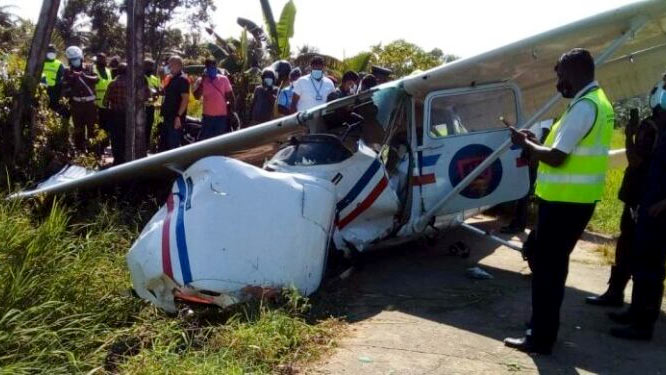 A private light aircraft of Sakurai Aviation Cessna 172 has made an emergency landing in the Dagonna area, Kimbulapitiya this afternoon.

Sri Lanka Air Force (SLFA) Spokesman said that SLAF had deployed a team to the location and a fire brigade team had also been dispatched.

The Police said four individuals on board the aircraft sustained minor injuries and were admitted to the Negombo Hospital.

The two pilots were transporting a couple on a tour from the Ratmalana Airport to Sigiriya and were travelling to Koggala when the technical difficulty arose.

A light training Aircraft belonging to the Sakurai Aviation also made an emergency landing on a beach near Beruwala, on December 22.