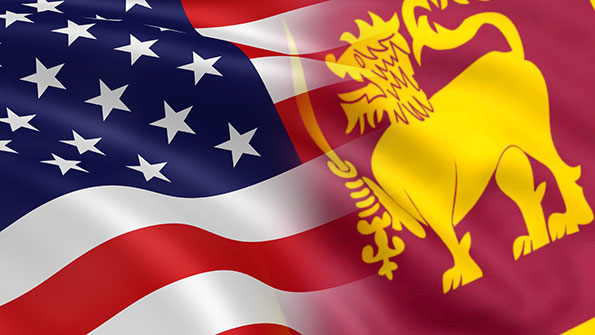 The US has chosen Maryland headquartered Development Alternatives, Inc (DAI), to implement a mega project meant to reform Sri Lanka’s public sector, in accordance with an agreement between Sri Lanka and the House Democracy Partnership of the US House of Representatives.

The US embassy in Colombo confirmed that DAI would work closely with the Parliament, Independent Commissions and related ministries.

The Island sought explanation from the US embassy as regards the USAID project.

The Island: When will you be releasing first tranche of Rs. 1.92 bn (USD 13 mn) allocated for three year Strengthening Democratic Governance and Accountability Project (SDGAP) here?

US embassy: USAID allocated the initial USD 3 million for the USD 13.7 million Strengthening Democratic Governance and Accountability Project (SDGAP) in September of 2016 and the program was launched in November of 2016. The project will help the Government of Sri Lanka to increase transparency and accountability, advance good governance reforms, and strengthen systems and processes for public accountability, financial management, policy development and implementation. It also supports the government to strengthen communication with citizens, include the public in policy-making, and increase the participation of women in political processes.

The Island: On behalf of GoSL who will receive funds and be responsible for utilization of funds?

US embassy: SDGAP will be implemented by Development Alternatives, Inc., in close collaboration with the Sri Lanka Parliament, Independent Commissions, and other related Ministries.

The Island: Can you please name other countries accommodated in United States’ House Democracy Partnership programme?

The Island: Will SDGAP project be subjected to Sri Lanka’s Auditor General’s purview?

US embassy: Since funding for SDGAP is provided from the United States Government, it is subject to the laws and regulations of the United States, with oversight from USAID’s Office of Inspector General. It is also subject to the bilateral agreement between the United States and Sri Lanka.  Notably, USAID also has projects that work directly with the Auditor General’s Office on procurement reform, the Parliamentary Committees on Public Accounts and Public Enterprises, the National Procurement Commission, and others to support transparency, accountability, and capacity development.

The Island: Did US provide funds for a similar project to any previous GoSL?

US embassy: Since 1956, the United States has provided over $2 billion in assistance in a wide range of sectors, including agriculture, small business development, environment, health, education, infrastructure, transportation, humanitarian assistance, civil society development, electoral reform, and good governance.  Following the January 2015 elections, new programs like SDGAP reflect the U.S. government’s promises to support the vision of the Sri Lankan people of a peaceful, democratic, and inclusive country.  SDGAP follows on the successes of a previous program that provided short-term technical assistance to the Sri Lanka Parliament.

The Island: Is continuation of funding subjected to implementation of SDGAP as scheduled?

US embassy:  SDGAP has a total estimated cost of USD 13.7 million. Future obligations to the project will be done subject to the availability of funding and in accordance with the contract documents with Development Alternatives, Inc.