Promoting Sri Lanka as a key tourist destination among Koreans 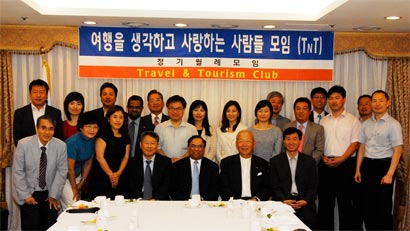 The Embassy of Sri Lanka in Seoul in association with the Sri Lanka Tourism Promotion Bureau initiated a number of activities in the hope of promoting Sri Lanka as a key tourist destination among Koreans.

On 5th September 2012, the Ambassador, accompanied by  Counsellor (Commercial) of the Mission met with  members of the Travel and Tourism Club (TNT Club), one of the prominent tourism clubs in Korea at the President Hotel in Seoul to discuss prospects of attracting  Korean tourists to Sri Lanka.  TNT Club comprises of leading Korean Travel companies such as Hana, Mode etc. and travel media representatives along with other tourism related associations. The Embassy officials  made a  detailed presentation with attractive visuals and information covering major tourist attractions in Sri Lanka along with other tourism-related details during the discussion. An interactive session followed  the discussion, which provided the members an opportunity to raise questions on Sri Lanka tourism which were subsequently answered by the Ambassador.

The members of the Club who attended the event were convinced of  the tourism prospects available in Sri Lanka. Furthermore, they welcomed the proposal to establish direct air links between Seoul and Colombo by both SriLankan Air Lines and Korean Air in the immediate future; this will be an essential prerequisite in promoting tourism. Members also expressed their willingness to work closely with the Embassy to promote Sri Lanka as an emerging new tourist destination among Koreans.

One Sri Lankan Tour operating company as well as a hotelier,  Connaissance de Ceylan participated in the fair from the tourism industry. The Sri Lankan company met a number of Korean tour operators who visited Sri Lanka’s booth and held bilateral discussions with a view to establishing commercial links that could attract Korean Tourists to Sri Lanka. 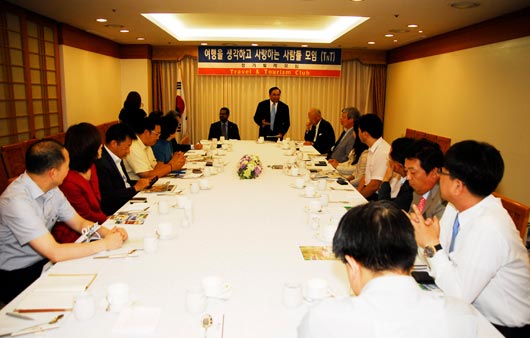