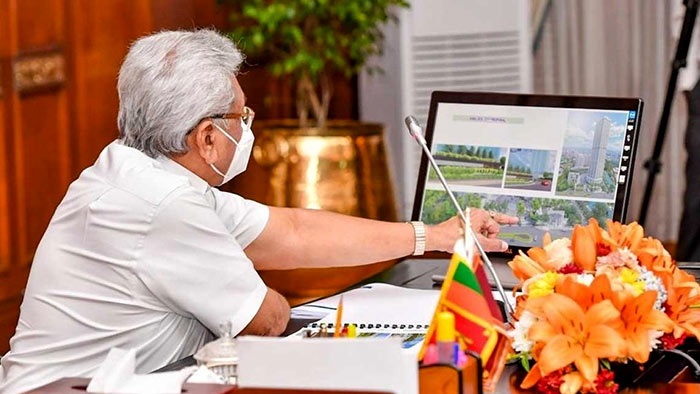 The Urban Development Authority (UDA) in collaboration with line agencies has planned the development targets of the country in line with the government’s initiatives and the development of major cities in a manner that will attract local and foreign tourists.

Under the first phase, Special Economic Zones (SEZs) will be developed in Galle, Bandarawela, Ratnapura city centre and Thimbirigasyaya, Fort, Pettah and Kollupitiya. Giving priority to the green city concept, it has been designed attractively with all amenities.

In implementing the plans, the President emphasised the need to preserve historic sites situated in the selected cities and to preserve old buildings in a manner that would attract the public.