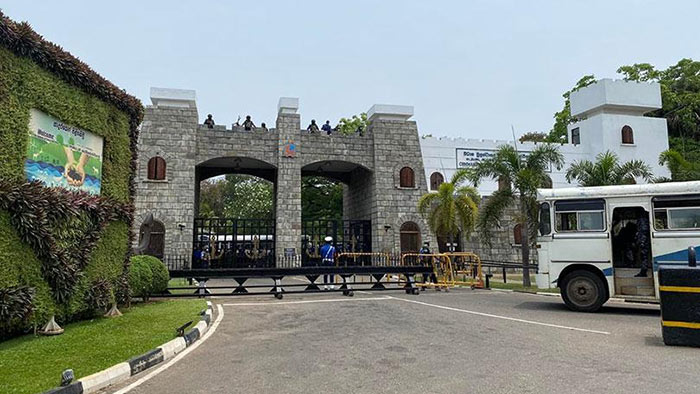 A protest has broken out, outside the Trincomalee Naval Base as reports have said that former Prime Minister Mahinda Rajapaksa and some of his family members have sought refuge there after the violent clashes which erupted yesterday (May 09).

A group of protestors has started a protest outside the Navy Camp demanding the former prime minister and his family be held accountable for the crisis and arrested.

Mahinda Rajapaksa left Temple Trees today morning (May 10) after security forces cleared the protestors who had been protesting for hours against him and the government. 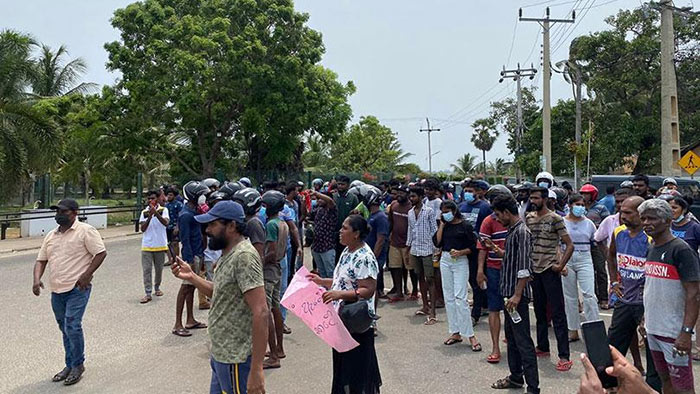 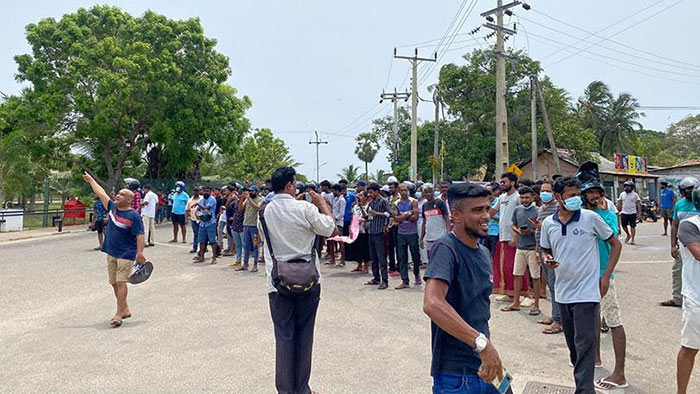