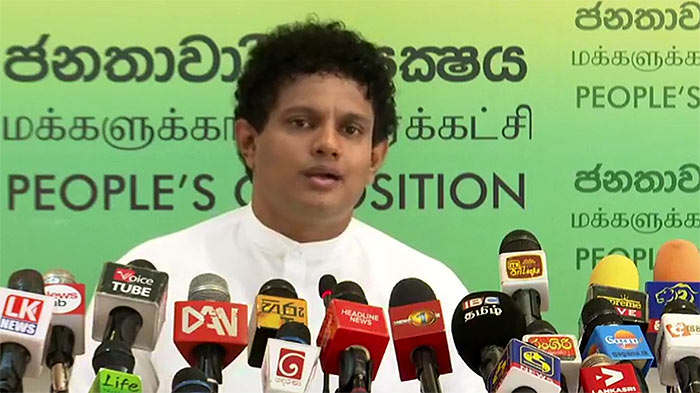 The Government has conflated concerns raised by youth regarding environmental damage with political criticism, charged Samagi Jana Balawegaya (SJB) MP Hesha Withanage yesterday, pointing out that President Gotabaya Rajapaksa had taken a tough stance on deforestation and habitat loss in the lead up to the Presidential Election but had failed to follow through once in office.

“This Government made a pledge to protect the forest and critical ecosystems in the lead up to both the Presidential and the General Elections. They promised to take action against those involved in damaging the ecosystem. The youth of the country was inspired by this commitment and drew murals on protecting the environment and our wildlife.”

“However, today the Government is sending the Police to question a brave girl who spoke up about her concerns regarding what’s happening to one of our most valuable rain forests,” Withanage argued, pointing out that public concerns about the environment should not be confused with political criticism on Government policies.

The Opposition MP made the comments at a press conference held yesterday where he was joined by fellow SJB MP Chaminda Wijesiri.

Withanage charged that the President’s comments threatening media freedom was a dangerous move and alleged some people linked to deforestation had close links to the Government.

The Opposition MPs questioned if the Government’s alleged move to protect some of those behind deforestation and destructive practices like sand mining was due to an internal rift within the coalition parties.

“There seems to be an internal conflict between the President and the Prime Minister. Sri Lanka’s environment may suffer from that conflict. We don’t care about internal issues of the Government. However, we expect the Government to protect the environment as promised,” Withanage stressed.