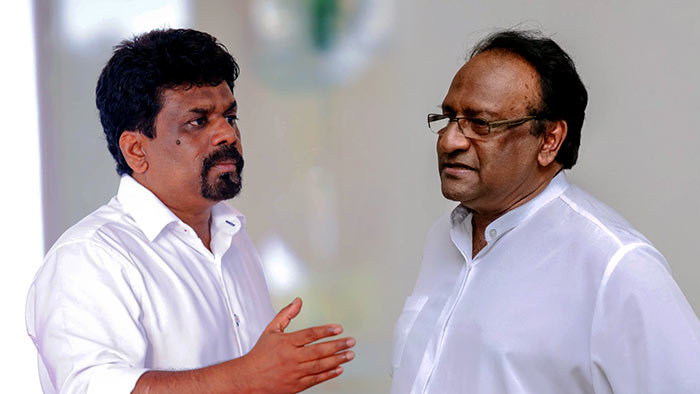 Neither the Parliament Select Committee, Presidential Commission of Inquiry (PCoI) on Easter Sunday attacks nor the CID had so far questioned JVP leader Anura Kumara Dissanayake on his alleged links with Mohamed Ibrahim, Minister of Public Security Dr. Sarath Weerasekera said recently in an interview to a YouTube channel.

“These commissions and institutions were investigating the Easter Sunday attacks, and until I came along, they didn’t talk to Anura Kumara about his links to Ibrahim,” Minister Weerasekera said.

The Minister said that soon all the evidence and documents they had on the JVP leader would be sent to the Attorney General.

“The police didn’t arrest former Western Province Governor, Azath Salley in an ad hoc manner. They got advice from the AG. They will act in a similar manner when dealing the the JVP leader.”

Minister Weerasekera said that while it was unlikely that the JVP leader had direct ties to terrorism, one must investigate the JVP’s links with Ibrahim whose sons bankrolled the Easter Sunday attacks.

“It is very likely that the JVP benefited from Ibrahim. His sons had given close to Rs. 50 million to extremists. The JVP should have taken his family background into consideration before making him a national list candidate.”

The Minister added that another JVP leader Bimal Rathnayake had said that worshiping statues was not acceptable. This is also an extremist view.”