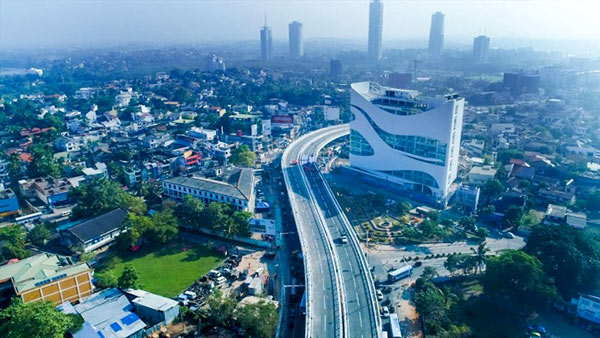 The Rajagiriya flyover which is being constructed providing long term solutions for the heavy traffic congestion in the Rajagiriya was declared open by President Maithripala Sirisena  and Prime Minister Ranil Wickremesinghe a short while ago.

The construction of the flyover was completed a year ahead of the scheduled date upon the instructions of the President, it is reported.

The Rajagiriya Flyover which is in its final phase is being constructed at a cost of Rs. 4,700 million.

The four-lane-flyover constructed under a Spanish Flyover Project and a local company is 533 meters in length and consists of a 180 meter access road.

The flyover built using high standard modern technology as well as in accordance with high quality engineering, and this will be added to Sri Lankan roadways history as the first flyover constructed filling concrete surfaces on metal.