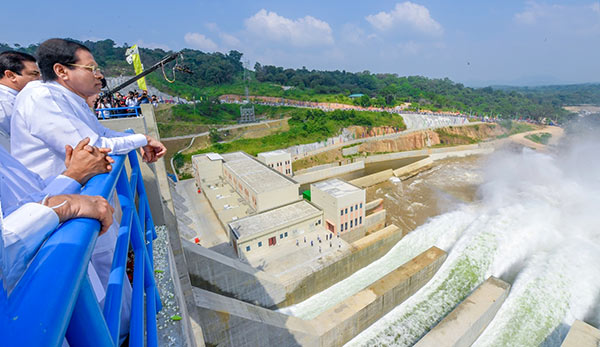 The Moragahakanda-Kalu Ganga Irrigation Development Project can be considered as the 21st century’s irrigational wonder of Sri Lanka which ends the sorrowful tears of farmers in Rajarata by providing solutions for their agricultural and drinking water issues.

In the completion of Moragahakanda reservoir, the ‘Five Mega Reservoirs’ under Mahaweli programme concluded after four decades since Mahaweli water was first diverted to Rajarata from Polgolla on January 08, 1976. Water from Moragahakanda reservoir, will be primarily used to support agricultural needs in an area of more than 300,000 acres, benefiting 1.5 million families as well as it will supply clean drinking water to 3 lakh families.

The Moragahakanda Dam is a high gravity dam with a height of 65 meters. The dam has created the Moragahakanda Reservoir, which has an active storage capacity of 521,000,000 cubic meters, and is four times bigger than the gigantic Parakrama Samudraya in Polonnaruwa.

Even though the constriction works of the Moragahakanda project, which was a dream of Hon.Maithripala Sirisena since a long time to wipe out sorrowful tears of Rajarata farmers, was delayed as a result of not receiving proper state sponsorship. Hon. Maithripala Sirisena, after being elected as the Head of State of this country on 8th January 2015, accelerated this development project owing to his personal commitment and enthusiasm.

The President unveiling the commemorative plaque vested the Moragahakanda Irrigation Project with the public. Subsequently the President opened the spill gates of the reservoir amid the chanting of Seth Pirith.

The project was officially handed over to the Government of Sri Lanka by the Sinohydro China construction company and the Charge d’Affaires of the Chinese embassy in Sri Lanka Pang Chunxue handed over the document in this regard to the President.

In parallel to this event, works of the 25-megawatt Moragahakanda Hydroelectric Power Station also commenced.

At present resettlement process, for 3,500 families in Naula and Laggala Divisional Secretariats displaced due to the project, is being accomplishing and compensation is given for property loss is in progress. The excepted average annual inland fish production potential of the reservoir is estimated to be around 3,000 tonnes, representing a net benefit of Rs. 225 million annually.

The annual rainfall for the area of the Moragahakanda reservoir is 818 million cubic meters and as a result of blocking that water flowing to the sea, will minimize the flooding of Manampitiya and Somawathiya areas. The benefits reap by the entire nation due to the implementation of the Moragahakanda – Kalu Ganga development project is immense and the project will provide direct economic benefits for the thousands of farmer families living in three provinces.

Prime Minister Ranil Wickremesinghe, the Speaker Karu Jayasuriya, Ministers and MPs, public servants, local and foreign dignitaries and many others participated on this occasion. 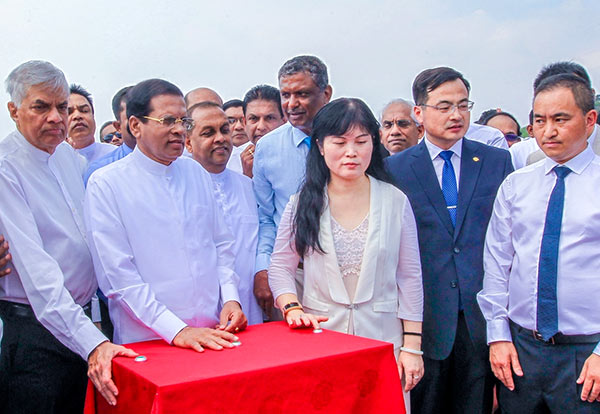