Rajapaksa in Tirumala to worship at Lord Venkateswara shrine 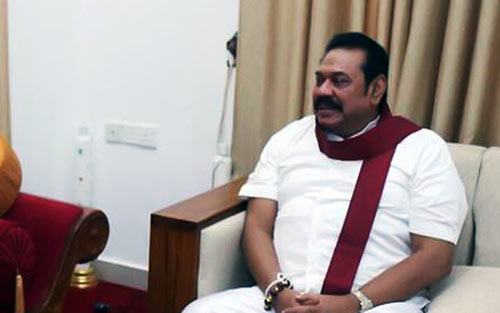 Former Sri Lankan President Mahinda Rajapaksa on Tuesday arrived in Tirupathi, Andhra Pradesh to worship at the famous hill shrine of Lord Venkateswara at nearby Tirumala.

Rajapaksa, who had visited the temple several times in the past, arrived last evening and later reached the Tirumala hills where he would stay overnight, temple sources said.

He would pay his obeisance to the presiding deity of Lord Venkateswara today morning, they told PTI.

Tight security has been put in place on the hills for Rajapaksa’s visit, which comes amid a political crisis in Sri Lanka following the local council elections in which his party SLPP registered a landslide victory.

SLPP swept the local elections, seen as a referendum on the ruling alliance led by President Maithripala Sirisena, prompting Rajapaksa to demand a snap general election.

Incidentally, the Sri Lankan leader had last visited the temple on December 10, 2014, a day after filing his nomination papers for the then presidential elections, seeking a third term.

However, Rajapaksa had lost the elections.

Home » Rajapaksa in Tirumala to worship at Lord Venkateswara shrine