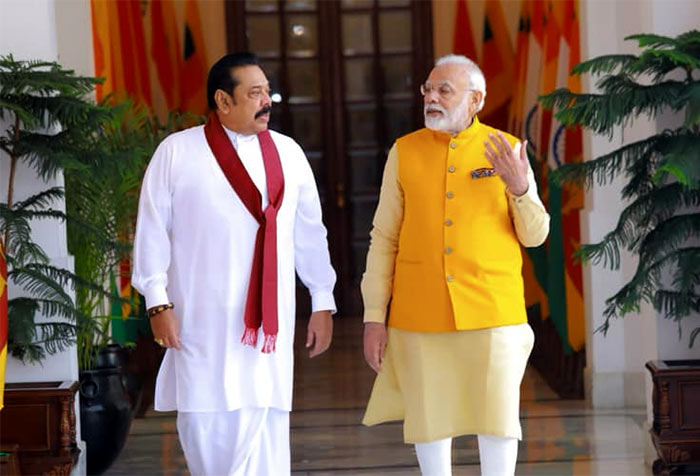 The project is currently mainly focused on the north, east, and central hills.

In a joint briefing following talks between the two leaders in New Delhi yesterday (8), Rajapaksa said that he requested Prime Minister Modi to consider further assistance to expand the housing project to all parts of the island.

“Doing so will provide significant benefits to many Sri Lankans living in rural parts of the country,” Rajapaksa said.

Prime Minister Modi said that the talks also focused on the Tamil issue and regional security.

Modi said he was confident Sri Lanka would address the issues faced by the Tamil community.

Rajapaksa thanked Modi for his Government’s “Neighbourhood First” policy and the priority that he attaches to relations with Sri Lanka.

“We agreed that our co-operation is multi-faceted, with priority given to a number of areas, including security, economic, cultural, and social sectors. A part of our discussions centred on co-operation with regard to the security of our two countries. India has always assisted Sri Lanka to enhance our capabilities in intelligence and counter-terrorism, and we look forward to continued support in this regard,” Rajapaksa said.

Rajapaksa also appreciated Prime Minister Modi’s offers of $ 400 million as a credit line to enhance the economy of Sri Lanka and another $ 50 million credit line for efforts in combating terrorism.