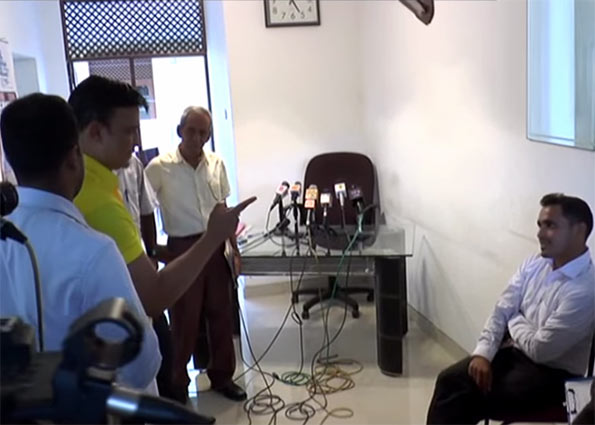 A heated argument between Deputy Minister Ranjan Ramanayake and a journalist from the electronic media ended up with the former hitting a video camera at a media briefing this evening.

The incident flared up when the deputy minister was about to after the briefing.

The argument which began during the media briefing continued even after it. Mr Ramanayake accused the journalist of making a false allegation against him.

Mr Ramanayake, when contacted by Daily Mirror, said that he had settled the issue with the authorities of the TV channel concerned.