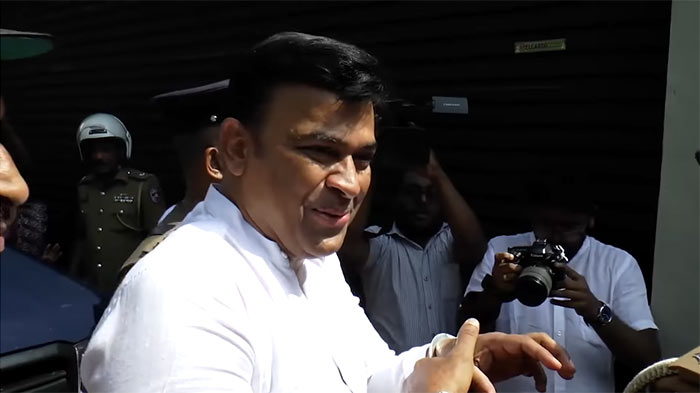 Parliamentarian Ranjan Ramanayake has been sentenced to four years rigorous imprisonment today (12) on charges of contempt of Court.

The case was filed against former State Minister Ranjan Ramanayake over Contempt of Court charges for making defamatory remarks against the judiciary on the 21st of August in 2017.

The charge sheet was filed by the Attorney General based on a complaint filed by Venerable Magalkande Sudatta thera and retired Air Force officer Sunil Perera before the Supreme Court.

Speaking to media following a discussion at the Temple Trees on the 21st of August 2017, MP Ranjan Ramanayake claimed a majority of judges and attorneys are corrupt.