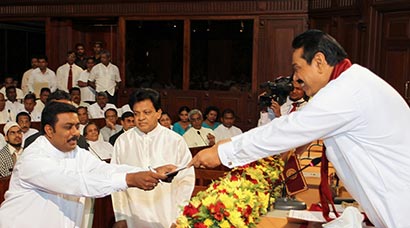 S.M. Ranjith and Maheepala Herath were sworn in as Chief Ministers of North-Central and Sabaragamuwa Provinces respectively before President Mahinda Rajapaksa this morning on 24 September. The sworn in ceremony took place at the Presidential Secretariat.

S.M. Ranjith of the ruling UPFA received the highest number of preferential votes in the Anuradhapura District with 105,232 votes beating former Chief Minister of the North Central Province and UPFA candidate Berty Premalal Dissanayake who received 95,027.  Former Chief Minister Maheepala Herath who contested for the Kegalle district and obtained the highest number of preferential votes, was sworn in once again as the Chief Minister of the Sabaragamuwa Province. It is significant that the UPFA has marked another noteworthy victory in the recently held provincial council elections while UNP and JVP have faced severe setback.

In addition to the swearing in ceremony of new Chief Ministers, Provincial Council Ministers and the UPFA elected members to the North Central, Sabaragamuwa and Eastern Provincial Councils were also took oaths before the president

Addressing the ceremony organized at the Presidential Secretariat for the swearing in of the new Chief Ministers and Provincial Ministers, President Rajapaksa requested everyone to dedicate themselves to fulfill the peoples’ aspirations to ensure the victory of the people. He said that the people’s confidence in the government has been consolidated with the provincial council election mandate. The President further underlined that this is the last occasion that Chief Ministers are appointed under the preferential voting system. The process will not hereafter continue. He told everyone to unite and emphasized that they should do their best to eliminate public opinion that the Provincial Council is a white elephant.

Ministers, Governors of the respective provinces, parliamentarians and large number of guests were present at the occasion.

Meanwhile veteran actress Malini Fonseka resigned from her parliament seat this morning on 24 September. A UPFA National list MP, Fonseka handed over her resignation letter to the Elections Commissioner Mahinda Deshapriya and the Secretary General of the Parliament Dhammika Dassanayaka. Actress Malini Fonseka made this decision to pave the way for former Chief Minister of the North Central Province Berty Premalal Dissanayaka to enter parliament through the National list. However former Chief Minister was not present at the occasion. 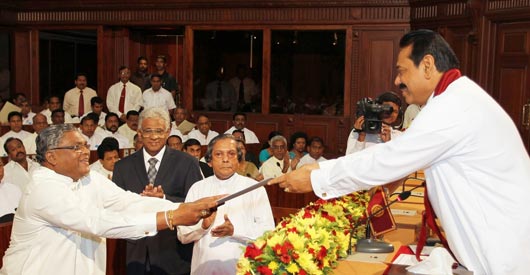 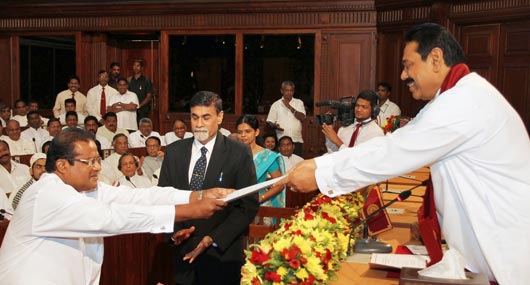 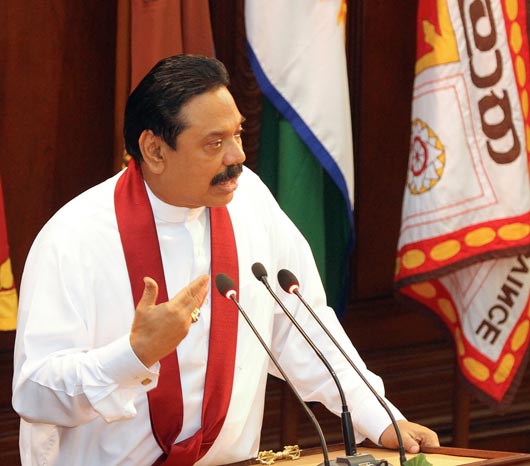 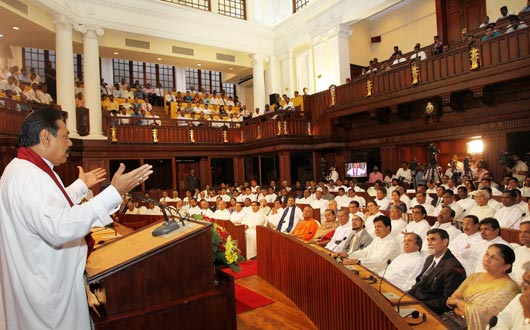