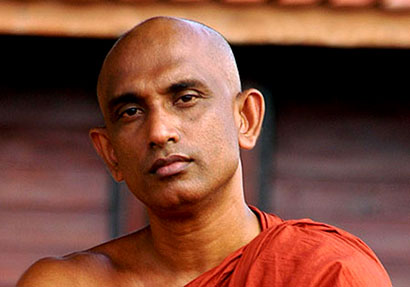 Ven. Athuraliye RathanaThera today resigned from the post of Divulapitiya Divisional Development Committee (DDDC) Chairman and returned the vehicle that was provided to him by the Economic Development Ministry to carry out the work of the Committee.

The Thera in a letter to Minister Basil Rajapaksa said he was relinquishing his post as Chairman and suggested that someone else be appointed to it.

“I resigned because we have not received any positive response from the Government to the proposals submitted by the ‘Pivithuru Hetak Udesa Jathika Sabawa’on constitutional amendments,” the Thera said.