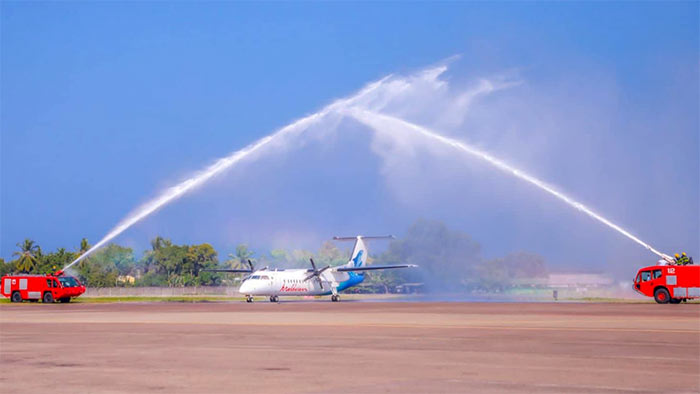 In parallel to the commencement of flight operations, “the New Taxiway and Overlaid Apron” was declared open at Colombo International Airport, Ratmalana (CIAR) to facilitate smooth flight operations.

“AASL implemented an aggressive strategy to utilise its resources effectively to contribute to the development of the aviation industry in Sri Lanka. As a result of pursuing the opportunities AASL was able to re-commence regional flight operations to the Maldives, connecting Colombo International Airport, Ratmalana after a period of 50 years,” a statement said.

Initially, the airline will operate scheduled flights, (Dash-8 aircraft with 50 seats) between Sri Lanka and the Maldives (Colombo) three times a week and the frequency will be increased up to five from May 2022 onwards.