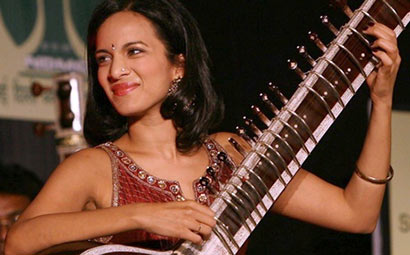 Revealing the scale of violence against women that goes on behind closed doors even in the most privileged homes, Anoushka Shankar, composer and daughter of the late sitar maestro Ravi Shankar, has said how as a child she suffered “sexual and emotional abuse” in silence for several years at the hands of a man her parents “trusted implicitly.”

Even now, years later, she is often “afraid to walk alone at night, afraid to answer a man who asks for the time,” Ms. Shankar said in a video recorded at her London home in support of the global “One Billion Rising” campaign for an end to violence against women.

“As a woman, I find I am frequently living in fear. Afraid to walk alone at night, afraid to answer a man who asks for the time…’’ she said.

“Growing up, like most women I know, I suffered various forms of groping, touching, verbal abuse and other things I didn’t know how to deal with, I didn’t know I could change,” the 31-year-old sitarist said.

Campaigners said the revelation confirmed how women silently suffered abuse because the perpetrator was a family member or friend.

Ms. Shankar said that in the wake of the brutal gang rape of the 23-year-old Delhi student time had come to declare “enough is enough”.

Urging people to rise up, she said: “I am rising for (the Delhi rape victim) and women like her. I am rising with the amazing women of my country. I am rising for the child in me, who I don’t think will ever forgive and recover from what happened to her. So, join me, let’s rise, let’s dance. Dance has the power to heal, to transform. So let’s transform ourselves and this world. Let’s rise together,” she said.

The One Billion Rising movement was started by the American playwright and feminist Eve Ensler, who described it as the biggest global action in the history of mankind to demand an end to violence against women. (Courtesy: The Hindu)