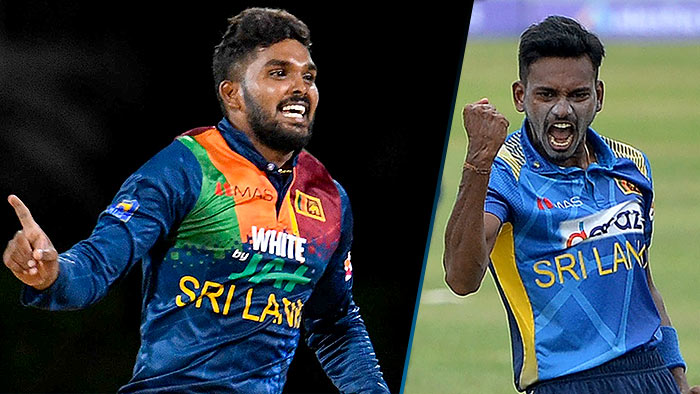 The Sri Lankan pair of Wanindu Hasaranga and Dushmantha Chameera, as well as Australia’s Singapore-born Tim David, have joined Royal Challengers Bangalore for the second part of IPL 2021.

While those are the additions, some players will be missed too: New Zealanders Finn Allen and Scott Kuggeleijn, and the Australians Kane Richardson, Daniel Sams and Adam Zampa.

That aside, there’s been a change at the top among the coaching staff, with Simon Katich stepping down from his position as head coach, and Mike Hesson, at present the director of cricket operations, taking on the additional responsibility of filling in for Katich.

“Some significant changes in our playing squad, from an overseas perspective, due to player unavailability and, indeed, a reshaping of our overseas contingent,” Hesson explained in a press interaction on Saturday.

Hasaranga coming on board is the big news on that front. The 24-year-old leg spin-bowling allrounder has been making heads turn in recent times, and certainly made an impression, especially with the ball, when India went to Sri Lanka in July for a limited-overs series, with a three-for in the second ODI and seven wickets – including a 4 for 9 – to top the bowling charts in the three T20Is. At the end of that series, Hasaranga was placed second among T20I bowlers in the ICC rankings.

Chameera has also been among the wickets in what is a second coming of sorts for him in international cricket, with a bagful of wickets in England in June and then against India at home.

“Chameera, another [from] the Sri Lankan contingent, he is bowling extremely well at the moment. I know him well, having coached against him. He’s got genuine pace and also his white-ball game has developed significantly over the last few years,” Hesson said.