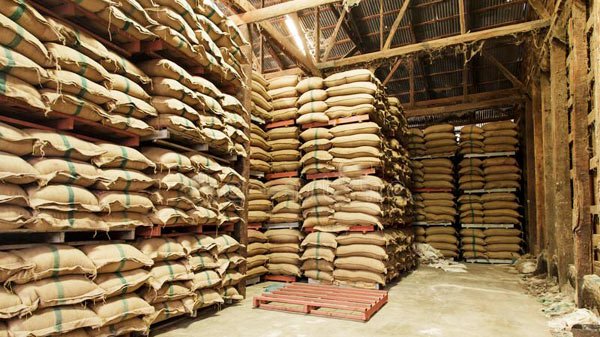 While noting that rice mills in the Anuradhapura District can provide rice for only two more weeks, Anuradhapura Small and Medium Scale Rice Mill Owners’ Association also said rice mills around the country would be able to produce rice for the market for a period of a maximum of three months.

The Association emphasised that 10,000 rice mills which were operational about a decade ago have recently been reduced to 700 within the country, leaving Anuradhapura with only 70 such functioning mills, as opposed to about 1,000 that were in operation over the past decade.

These rice mills will close down by the end of this month, and the industry will be completely destroyed. Therefore, the association requests that the government intervene and keep rice prices stable between Rs200 and Rs. 250, the association urged.

President of the association U.K. Semasinghe said that people are now afraid of the word ‘famine’ and have begun collecting an unlimited amount of rice in their homes.

“As a result of this panic buying, the large amount of rice stocks in the country have decreased over the last week, resulting in a significant increase in rice prices this week.

Meanwhile, National Organiser of the All Ceylon Farmers’ Federation (ACFF) Namal Karunaratne said that farmers are facing a huge crisis without fertiliser and diesel.

“Today, farmers do not have enough herbicides, pesticides, diesel, or fertiliser. Without providing a solution to these problems, the President and Ministers are asking the farmers to start cultivating,” he emphasised.

The country’s local rice reserves will be depleted in two or three months. People will have to queue up for food and purchase small quantities at retail, he claims. People want the current Government to leave and for the country to be open to the formation of a Government capable of resolving citizens’ problems, he said.