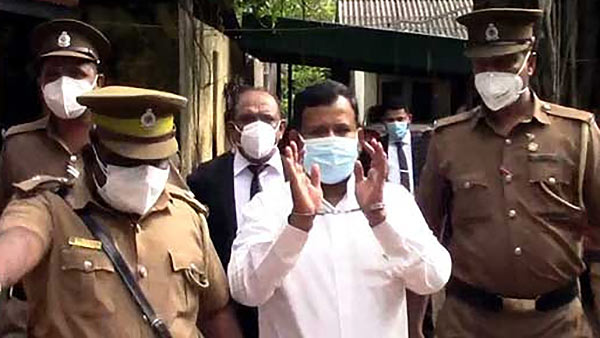 Parliamentarian Rishad Bathiudeen who was arrested by the Criminal Investigations Department under the provisions of the Prevention of Terrorism Act, was remanded until the 01st of September.

He was produced in Court today (18) and the case was called up in the presence of Fort Magistrate Priyantha Liyanage.

MP Bathiudeen was arrested on the 24th of April by the Criminal Investigation Department over investigations pertaining to the 2019 Easter attacks.

The MP is charged with ties to the owner of the copper factory in Wellampitiya, who was one of the suicide bombers in the Easter attacks.