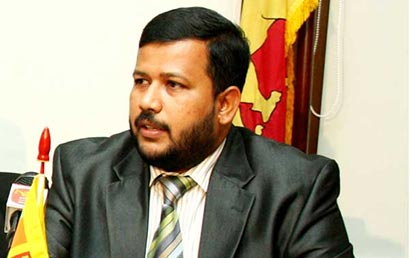 Mannar Magistrate granted bail on the Minister of Industry and Commerce, Rishad Bathiudeen who was summoned in connection with alleged threat on a judge, damaging the court premises and provoking the public.

On August 13, the Minister was issued summons to appear before court in connection with a threat to Mannar Magistrate to change an arrest order while a mob had stoned the court complex in July 18. Thirteen persons have been arrested for waging an assault on the Mannar Court complex.

On the same issue the Appeal Court had also summoned Minister Bathiudeen to personally appear before court on September 5.

2 Responses to Rishad released on bail