Rosy out for Ranil’s scalp over latest electoral debacle 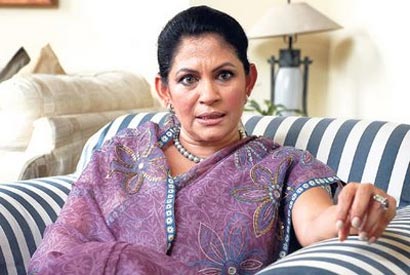 She said, “successive failure calls for change- and immediate change.

Following is the text of her statement:

It is with considerable anticipation that party stalwarts, such as myself, awaited the results of Saturday’s provincial council elections. At a time when incompetent and corrupt practices of the government such as the hedging deal disaster, blatant corruption and disregard to essential safety in selling contaminated fuel are damaging the country – and at a time the cost of living keeps escalating, it would have been a time to see a positive benefit for the main opposition party, the UNP.

However, it is puzzling that the performance of our party, especially compared to the results of 2006, has deteriorated further. We have lost strong holds such as Minuwangoda and Trincomalee and the overall percentages tell their own story. Such a situation is unprecedented and it is clear that the policies and strategies of the party have had an undeniable role in this unmitigated disaster. The ‘wait-and-see’ attitude and the indecisive and ill-thought out policies of the leader have played a significant role – and as such, it is time for the buck to stop passing. The party leader must accept responsibility and must look within himself as to how such a verdict was given by the voter against all commonsense thought.

The once proud and unshakable block vote of die-hard UNPers has eroded to such an extent that when it comes to voting, despite their loyalty, they stay away or make other choices. It is also clear to all within the party mainstream that the resolve of those who voted for that party for generations has collapsed and that they say in one voice that the leadership must produce results – or at least some gains – in an indicative election of this nature. They are also clear when they say that successive failure calls for change – and immediate change.

Apart from being a member of parliament, I am first and foremost a member of the UNP – and the day that we ignore the grass root responses and fail to take the necessary actions, we will slide further into ignominy. In a democracy, the role of the opposition is a significant one where it has to guide the government in the correct path, exposing and fighting irregularities and personal whims. Such corrections must be sustained and committed and not half-heated and symbolic. We have given up on issues that are vitally important, especially on constitutional changes and corruption, where commitment from the leader has been sadly lacking in forcing the executive to change.

It is clear that we have failed in our task in representing our people from a positioning of strength due to many unhealthy relationships and a give-and-take attitude that favour a few. Therefore the time has come for those at the helm of the party to do what is right and to accede to the wishes of the UNP voter who is the fundamental reason we are in politics for.

Home » Rosy out for Ranil’s scalp over latest electoral debacle