S.M. Chandrasena sworn in as Minister of Special Projects 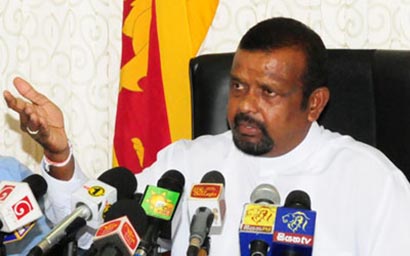 A former Minister of Agrarian Services and Wildlife, Chandrasena had resigned from his ministerial portfolio in September 2012 to facilitate the Chief Ministerial post in the North Central Province for his brother S.M. Ranjith.

He later took oaths as the Deputy Minister of Agrarian Services and Wildlife in October 2012.

Home » S.M. Chandrasena sworn in as Minister of Special Projects