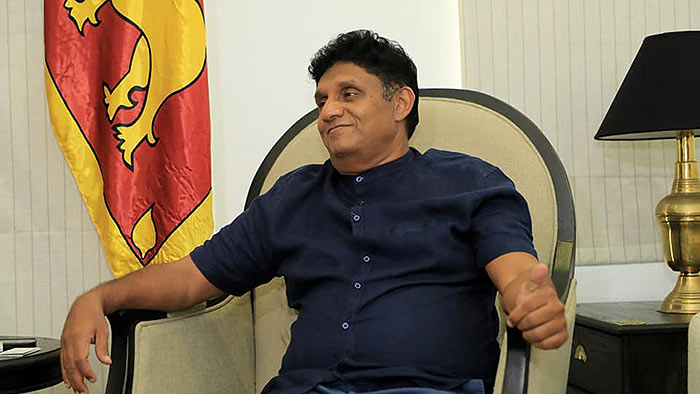 Sri Lanka’s Leader of Opposition Sajith Premadasa in a letter addressed to Sri Lankan President Gotabaya Rajapaksa had informed him that he is ready to be sworn in as Prime Minister and form an interim government.

In a letter directed to President Gotabaya Rajapaksa today (May 12), the Opposition Leader laid out the following four conditions:

“I am ready to be sworn in as Prime Minister and form an interim government tomorrow if the executive presidency is abolished in a given space of time, to reintroduce the 19th amendment within two weeks and that President resigns within a given time frame,” he said in the letter.

“I am willing to have a dialogue with you on economic reforms and resolving the issues faced by the people,” he informed the President.

2 Responses to Sajith Premadasa agrees to be Prime Minister