Sajith Premadasa says foreign donors trust him more than others 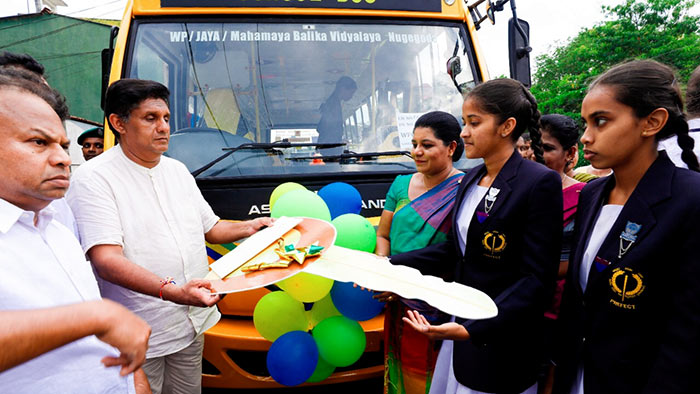 Leader of Opposition Sajith Premadasa said today (January 08) that foreign donors trust him more than others.

Speaking during a ceremony at Mahamaya Balika Vidayalaya Nugegoda where he donated a bus to the school, Premadasa said he had managed to win the confidence of foreign donors through his ability of convincing them.

“Some say that they cannot understand the English words which I use. I use certain words in order to convince the foreign donors. I have been able to conduct the sakwala program because of my ability to convince the donors. I am confident that I will be able to launch Sri Lanka’s First Foster Parent scheme for school children using skills to convince foreign donors. I will implement this scheme in all national schools. I will also see that every school going child will own a computer in the future ,” Sajith Premadasa said.

“People should therefore decide who is the best  person to get foreign aid. Everyone thought the incumbent President will bring foreign aid to the country but he has proved to be a failure,” he added.