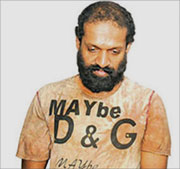 Alleged financial scammer Chandana Weerakumara alias Sakvithi Ranasinghe was sentenced to two years Rigorous Imprisonment together with a fine of 25,000 Rupees today, for solemnizing a second marriage while the first marriage existed.

Ranasinghe married N. Subashini De Silva in March 1998, and while the marriage existed, on or about March 2006, he was found guilty of solmenising a second marriage with Kumari Anuruddhika.

The accused pleaded guilty to the charges before the Colombo High court judge, who handed him the sentence. (Courtesy: DM Online)