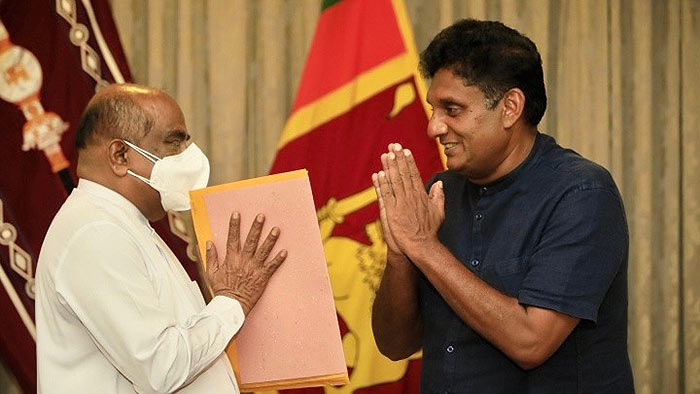 Main opposition Samagi Jana Balawegaya (SJB) has handed over two no-confidence motions, one against the Government and the other against the President Gotabaya Rajapaksa, to the Speaker of Parliament yesterday (May 03).

“We made these decisions at the parliamentary group meeting yesterday, We also had a dialogue with some MPs who have decided to be independent. We informed them that SJB is not prepared to support an interim government as long as President Gotabaya Rajapaksa remains in his post,” SJB General Secretary Ranjith Madduma Bandara said prior to attending a meeting with the Speaker.

Speaking to the media, Opposition Leader Sajith Premadasa said the two no-confidence motions will be taken up for voting at the earliest possible when the parliament convenes again.