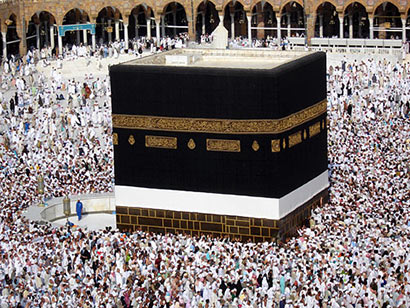 RIYADH: Saudi authorities are warning non-Muslim expatriates against eating, drinking or smoking in public during Ramzan, the monthlong sunrise-to-sunset fast – or face expulsion.

The interior ministry of the oil-rich kingdom is calling on non-Muslims to “show consideration for feelings of Muslims” and “preserve the sacred Islamic rituals.”

The warning came on Friday, the first day of the Ramzan observance.

In addition to Saudi Arabia’s 19 million citizens, there are nearly 8 million Asian workers in the country, as well as hundreds of thousands of other foreign expatriates from around the globe, according to government figures.

Saudi Arabia, the ultraconservative Sunni kingdom, is the home of Islam’s holiest sites. It enforces a strict interpretation of the religion.