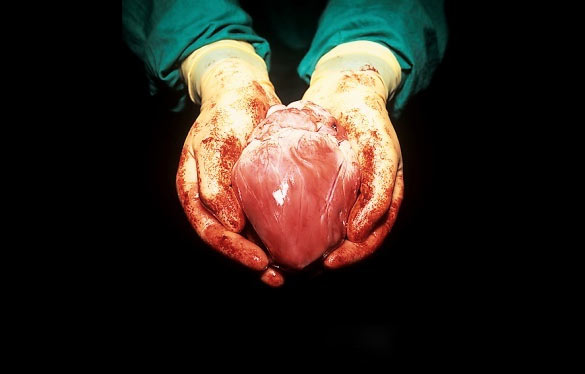 The second heart transplant planned at the Kandy General Hospital was abandoned at the last minute yesterday due to a tug-o-war between consultants not to remove the beneficiary’s heart. This situation has arisen even after the heart was harvested from the donor and fixed to a machine pending the transplant.

The consultant surgeons who were prepared to perform the surgery were inconvenienced after the anastheticians declined to take up the responsibility in the event of removing the receiver’s heart. This situation arose even after the heart was harvested from the donor and attached to a machine.

The donor’s heart was removed from a youth who was declared brain dead.As the doctors gave up the procedure the donor heart which was fixed to a machine stopped beating

A body of a youth who was declared brain dead, had been brought from the Intensive Care Unit of Polonnaruwa General Hospital under the close supervision of a group of consultants on Tuesday night for the heart transplant. This youth who sustained serious injuries following an accident was later declared brain dead by the doctors and his relatives agreed to donate his organs to suitable beneficiaries.

The relatives of the beneficiary said that their patients were not given food and she was fully prepared for the surgery during the past few days.They said that three anaestheticians have not given consent to perform the surgery at the last minute. Consultant anaesthetician of the hospital Jagathi Perera said that he was not aware of this surgery “I was told by the Hospital Director over the phone to apprise all anaestheticians about this surgery.Then only I came to know that a heart transplant is to be carried out in the hospital again,” she said.

The life of the beneficiary whose heart function dropped to 10 per cent is in danger due to this situation. However the doctors at the hospital succeeded in transplanting kidneys, and a spleen to three patients.