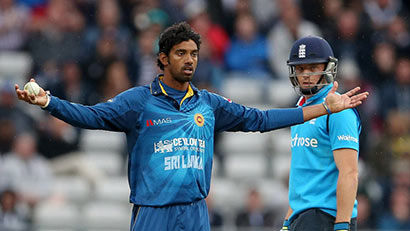 Senanayake is currently serving a suspension after his bowling action was deemed illegal. He has undergone remedial work and is awaiting results of another test which will determine if he can be allowed to bowl again in international games.

Selectors announced Sunday that they are also including uncapped bowler Lakshan Sandaken in the squad and recalling allrounder Farveez Maharoof after almost three years.

The World Cup begins in Australia and New Zealand next February.