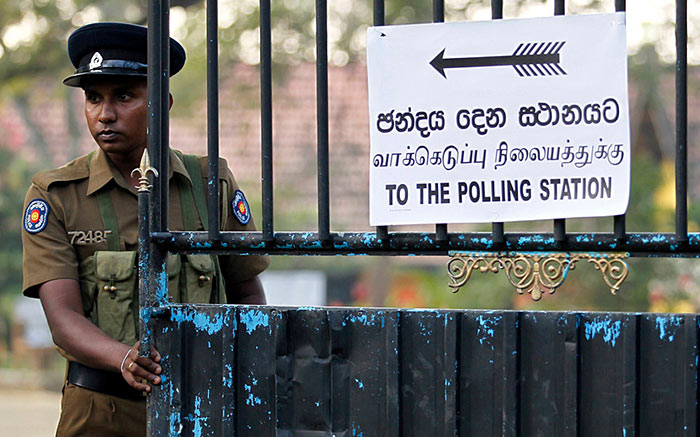 The Samagi Jana Balawegaya (SJB) yesterday wrote to the Election Commission Chairman Mahinda Deshapriya to facilitate a meeting of all political party leaders and general secretaries, to discuss what it called an attempt by the Government to force the EC to hold an early election.

SJB General Secretary Ranjith Madduma Bandara said that an election cannot be held to suit only one party’s agenda and requested the EC to call for an urgent meeting to discuss the matter.

Secretary to the President P.B. Jayasundara last week wrote to the Election Commission turning down a request from the EC to seek guidance from the Supreme Court on the date of the meeting of the new Parliament, in view of the postponement of the Parliamentary Election that was scheduled for 25 April. The President’s Secretary said that fixing a date for the poll is the responsibility of the Election Commission, and the President has no wish to interfere with its duties and obligations.

Meanwhile, Democratic People’s Front and Tamil Progressive Alliance leader Mano Ganesan also wrote to the EC Chairman yesterday, stating that the present caretaker Government is considering holding the elections before the end of May 2020, despite the questions regarding the purported constitutional authority held by the President on this issue. He requested the independent Election Commission to be mindful of the stand of recognised political parties and civil society, asking that the EC not extend support to the alleged attempts of the present caretaker Government to hold elections amidst the threat posed by the COVID-19 pandemic.