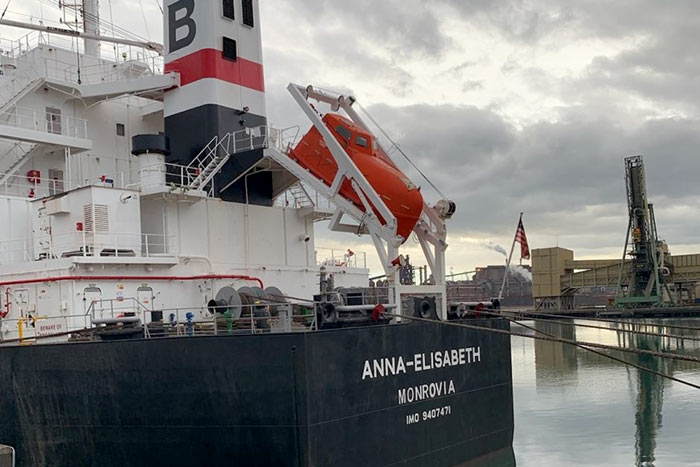 Australia’s maritime safety watchdog has detained a German-owned cargo ship on the NSW south coast while it investigates several complaints from its crew about working conditions.

The Anna Elisabeth is being blocked from leaving a dock in Port Kembla, near Wollongong, after 17 crew members from Sri Lanka and the Philippines claimed there was not enough food and a ban on shore leave.

Dean Summers, from the ITWF, said the ship was being held until investigations were complete.

Mr Summers said he had inspected the ship’s food stores, which he described as “substandard”.

He claimed the crew were also unable to leave the ship.

“The crew had not been ashore and that has been confirmed by the captain and everybody else,” he said.

While the ship is owned by a German company, it is registered in Liberia.

In a statement, AMSA confirmed it had received complaints from the Maritime Union of Australia (MUA) and the ITWF on behalf of the ship’s crew members.

“The complaints relate to insufficient food supplies aboard the ship and mistreatment of the crew,” the statement read.

“Today, AMSA inspectors are attending the vessel to investigate the claims and conduct a Port State Control inspection.”

It comes amid an ongoing industrial dispute at the Port Kembla Coal Terminal, which has resulted in dozens of employees being locked out for almost three months.