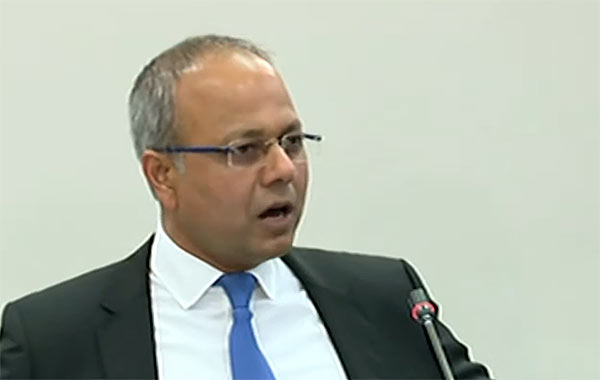 He said the report consisted of information that the NTJ followers were spreading extremist religious views using websites and social media.

“We had no reports that they were planning suicide attacks or engaged in manufacturing of bombs at that time,” Minister Ratnayaka said answering a question by committee member MP Nalin Jayatissa.

Ratnayaka said during his tenure as the Law and Order Minister from 2015 to 2018 February he had received 407 intelligence reports regarding the Islamic State (IS) out of which 13 were with regard to the latest developments in relation to the IS activities in the world. “The November 2016 report was also one of them,” he added.

He said considering the developments, a special unit was formed within the Terrorist Investigation Division (TID) in 2017 tasked at finding information on religious extremism. This unit was formed based on the findings in the report of November 2016.

The Minister said the Inspector General of Police was advised to seek advice from the Attorney General on taking action against Zahran Hashim and his preaching shared through the social media under the provisions of the ICCPR Act.

Rathnayake told the PSC that he was invited to the National Security Council as the minister earlier but later, closer to the end of his term he was not invited to the NSC.

The NSC discussed Zahran Hashim’s issue and instructed the relevant authorities to take necessary action against him, Minister Rathnayake said and added but, which action should be taken was not discussed.

“I had advised the TID verbally to take probe the activities of the National Thawheed Jamath. Zahran had not been identified as a terrorist but, only as a religious extremist preacher”.

However, he finally said that they could not put the blame on everyone for the Easter Sunday tragedy and must look into where the lapses were.

Appearing before the PSC, Minister Ranjith Madduma Bandara who assumed duties as the Law and Order Minister after Ratnayaka said that a fulltime Minister and a Secretary should be assigned to run the Ministry of Law and Order.

The minister said he had received two separate reports from the State Intelligence Service and the TID, one about the behaviour of the IS in the Asian region and the other on the rise of the extremist behaviours of the recently banned National Thawheed Jamath organization in May 2018. Bandara said he had attended the National Security Council about three times during his tenure as the Minister of Law and Order from March to October 2018.